The first images of the Earth taken from the moon wasn’t the one taken by Apollo 8 astronauts in 1968; they were taken by unmanned lunar orbiters which were scouting out potential landing sites for the upcoming Apollo missions. This image was taken by Lunar Orbiter 1 in 1966, and has been recently reprocessed by NASA: 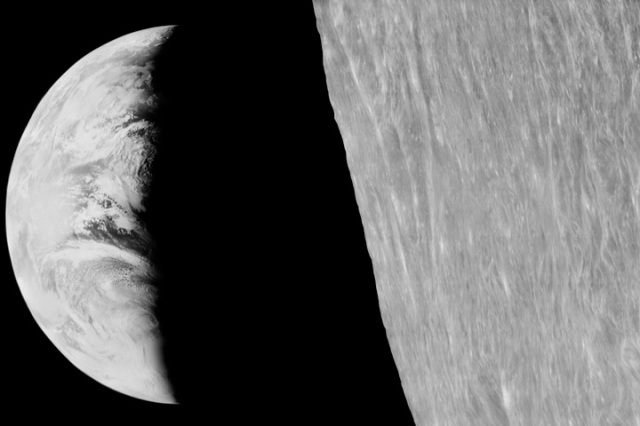