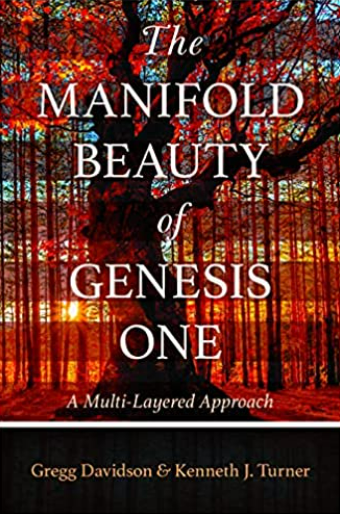 There are many Bible-believing Christians who see no conflict between the opening chapters of Genesis and acceptance of an ancient Earth and universe. There are also many ways in which these old-Earth Christians interpret Genesis. A non-exhaustive list of viewpoints regarding Genesis 1 includes the framework, analogical-days, day-age, gap, cosmic temple inauguration, revelatory days, and promised land interpretations. Some of these seek close correlation between science and Scripture; others take a non-concordant approach in which science and theology operate independently of one another. A common criticism against this multiplicity of interpretations—and against old-Earth Christianity—is that these interpretations cannot all be right.

It is true that some interpretations are more biblically defensible than others, and that there are interpretations of Genesis held by genuine, Bible-believing Christians that must be quite simply wrong. This is not unique to Genesis and our doctrine of creation. At the other end of the Bible, we see a multiplicity of interpretations of Revelation. These interpretations cannot all be right. Those who hold to different eschatological positions, however, have much in common (Jesus will return in the future to judge, restore, and reign), and if we are humble, we can learn from one another.

In The Manifold Beauty of Genesis One, Gregg Davidson and Ken Turner have made a significant contribution to how Christians can think about these multiple viewpoints on Genesis. There are two things this book is not about. It is not another “Four Views on Genesis” sort of book, in which proponents make a case for their preferred way of interpreting Genesis, with critiques of all the other interpretations. Nor is it a “Biblical Case for an Old Earth” book, even though Davidson is a geology professor at a state university. Instead, this book points out that these various interpretations of Genesis do not have to be seen as being in competition or conflict with each other.

The very first thing in the book is the Apostle’s Creed. The authors are careful to present what they have written within the confines of Christian orthodoxy. The authors have a high view of the inerrancy and authority of Scripture. The authors believe that Genesis 1 is history. They do not dismiss the chapter as a fictional myth that could be accepted by Hebrews 3400 years ago but that must be regarded today as no more than a story that tells only theological truths.

The word ‘manifold’ means many, diverse, or various. Davidson and Turner look at seven layers to Genesis 1:

Layer 1 – Song: God as Artist – This layer presents the framework interpretation of Genesis 1, with three days of making order out of the initial disorder, and three days of filling the now ordered creation. This layer includes a discussion of the genre of Genesis 1. It is not poetry like one finds in Psalms or Proverbs, but it is also distinct from historical narratives found elsewhere in the Old Testament. Genesis 1 is unique in ancient Hebrew literature, and this needs to be considered when interpreting the chapter.

Layer 2 – Analogy: God as Farmer – The creation account is both historical and analogical. The authors discuss how work, rest, order, disorder, and human creativity each have analogical aspects. Genesis 1 is much more than just a sequence of events. The authors take this another step to support the analogical-days interpretation, but not in exclusion to the other layers.

Layer 3 – Polemic: God as “I Am” – A polemic is a strong written or verbal attack against something. Genesis 1 is a polemic against the creation myths of the Egyptians and Babylonians: monotheism vs polytheism, consistency vs caprice, transcendence vs continuity, purpose vs accident. The gods of the surrounding nations were merely creatures—part of the creation—rather than being supreme beings who can call all creation into existence.

Layer 4 – Covenant: God as Suzerain – God granted his image-bearers a land (Eden) and gave them work to do. God exiled them from the land when they disobeyed the terms of the covenant (do not eat the fruit from the tree of knowledge of good and evil). I thought this was the best chapter of the book.

Layer 5 – Temple: God as Presence – Just as the temple or tabernacle was a place for God to dwell with his people, so also the creation, and especially Eden, was a place where God would walk with his people and be their God. Much of this chapter follows what John Walton has written in his Lost World of Genesis One, but Davidson and Turner do not accept Walton’s claim that Genesis 1 is entirely about non-material creation rather than the creation of our physical world.

Layer 6 – Calendar: God of Sabbath – Genesis 1 states that the lights in the sky (sun, moon, stars) were created “for signs and for seasons, and for days and years” (vv. 5-6). This layer draws on the annual Hebrew cycle of festivals such as Passover, Weeks, and the day of Atonement, and how these have parallels in Genesis 1. This chapter was mostly new material for me.

Layer 7 – Land: God as Redeemer – God providing a land for his people is a theme that runs throughout Scripture. Genesis 1-2 starts with Eden but the call to Adam and Eve was to rule over all the Earth. Abraham and his descendants were promised a land. Our resurrection hope is not in the clouds but on a new Earth.

Can all these layers be true at the same time? The authors make a convincing case that the answer is Yes. Each layer looks at Genesis from a different angle, showing truth about God, creation, and salvation that one might miss by holding to one interpretation as the exclusive truth about Genesis. The authors emphasize that one does not have to accept the validity of all seven layers (or every aspect of every layer) for their basic premise to hold true. Genesis 1 is a rich literary masterpiece that communicates multifaceted truth to God’s people throughout all ages.

The Manifold Beauty of Genesis One stands out for several reasons:

Tone – Genesis may be a polemic against false gods, but this book is not a polemic against fellow Christians. Many Christian books on origins are polemical to one degree or another, sometime rather harshly. You will not see any of that in these pages.

Breadth – Looking at Genesis from a multi-layer perspective reminds us that the river of Scripture is wide.

Depth – The river of Scripture is also deep. The authors include a quote from Gregory the Great who wrote that the Bible is “a river in which a lamb could walk and an elephant could swim” (p. 4).

Christ – This is not just a book about how to interpret Genesis 1, but how Genesis 1, like all of Scripture, points us to Christ. The themes of land and exile came up numerous times. Adam sinned and was exiled from Eden. Israel sinned and was exiled from the promised land. But God, in his grace, takes the initiative in salvation. This is the story for us as well. We were created to sing to God, to work as he works, to bow before him as the great I Am, to be in a covenant relationship with him, to dwell in his presence, to rest in him, and to dwell in God’s land forever. Our sin exiles us from all these things. Christ our redeemer restores his people in each of these.

Unity – Genesis often divides rather than unifies God’s people. I suspect that my young-Earth friends would find much of value in The Manifold Beauty of Genesis 1. As presented in this book, none of these seven layers has much to do with how old Earth is. I have long recognized, for example, that the analogical-days interpretation (the viewpoint I have leaned toward for close to two decades) allows for either a young or old universe and planet. The same could be said, I think, for any of these other layers. What is new in this book is emphasis on the great amount of value one may find in each of these perspectives, as well as how complementary they can be to one another.

I thank Gregg Davidson for providing me with a review copy of this book.

3 thoughts on “Review – The Manifold Beauty of Genesis One”