Christ is risen! He is risen indeed!

The empty tomb — Here are 14 Evidences for the Resurrection. This is a central teaching of Christianity. Put all other issues aside for a while—questions about evolution, biblical inerrancy, gay rights, or whatever else keeps you from Christ—and give some thought to the most significant person in all of history: the risen Lord and Savior Jesus Christ.

The result is a very strong case that Jesus (a) died, (b) was buried, (c) rose from the dead, and (d) appeared alive to a variety of persons.

Young earth creationists paint a picture of half-crazed dinosaurs running around to escape the next giant wave washing new layers of sediments over the world and laying nests in barren sand layers and then running off to try to find higher ground. What we find in this nest contradicts everything about this explanation. Here we find that a well-organized preserved nest in which one of the broken eggs has these cocoons preserved in it.

The YECs might respond with their “They only look like wasp cocoons” tactic. That doesn’t help them; dinosaur nests simply do not fit into their flood geology model.

Richard Dawkins practices survival of the fittest — Dawkins is quite willing to tell the Arabic newschannel Al-Jazeera that the the God of the Old Testament is a hideous monster, but didn’t have anything bad to say about Allah in the Quran. Perhaps he hates Christianity worse than he hates Islam. Perhaps he wants to live a little longer. See In defense of Richard Dawkins.

Don’t worship the Bible — C. Michael Patton at Parchment & Pen has some good thoughts about Evangelicals, inerrancy, and the Bible — The Father, Son, and the Holy Bible.

Persecution of Christianity continues — Bible Burning Spreads to Another Former Soviet State. “The newest report on Kazakhstan suggests that a recent court order to ‘destroy’ 121 books (mostly Bibles) confiscated from a Baptist could be the first-ever religious book burning in the country.”

Landsat 8 — The Landsat Data Continuity Mission has released the first images taken by the satellite. It will be renamed Landsat 8 once it has completed all of its tests and calibrations. See First View from the New Landsat Satellite on the NASA Earth Observatory site. 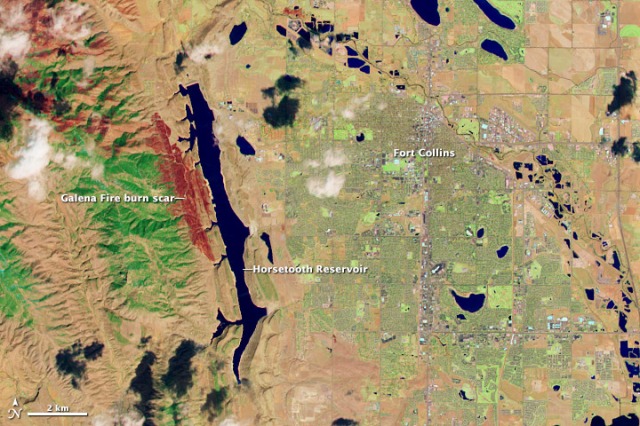