From Yahoo News/AP: Want a retired space shuttle? They’re up for grabs

The space agency said Wednesday it’s looking for ideas on where and how best to display its space shuttles once they stop flying in a few years. It’s put out a call to schools, science museums and “other appropriate organizations” that might be interested in showcasing one of the three remaining shuttles.

Beware: NASA estimates it will cost about $42 million to get each shuttle ready and get it where it needs to go, and the final tab could end up much more.

The estimate includes $6 million to ferry the spaceship atop a modified jumbo jet to the closest major airport. But the price could skyrocket depending on how far the display site is from the airport. Only indoor, climate-controlled displays will be considered.

NASA is scheduled to retire the space shuttles in 2010, which means that the US will go a few years again without a way to put humans into space.

Here’s an image from NASA’s Image of the Day Gallery for yesterday, showing a space shuttle piggybacked on top of a 747 for transcontinental transport. 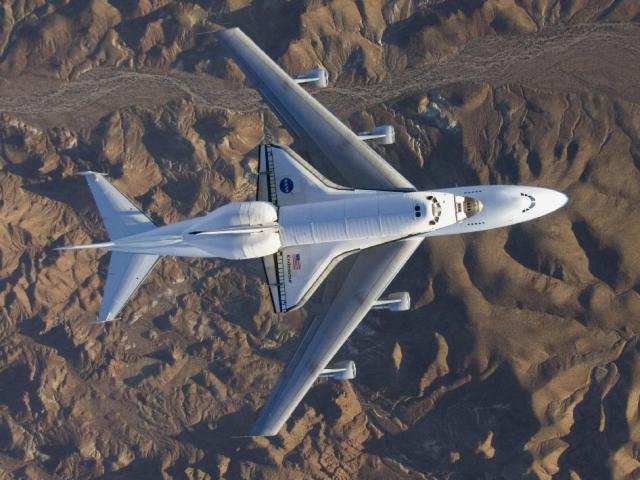