Name voyager: Pick a name, and see how common it was decade by decade for the past century. 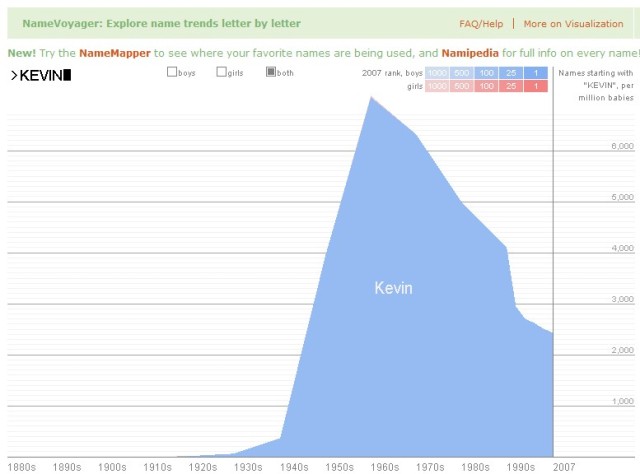 The name Kevin was rare before the 1920s, hit a peak in the 1960s, and has been on a decline since then. The really interesting thing is that Kevin was used as a girl’s name in the 1960s as well, at a rate of about 21 girls per million. 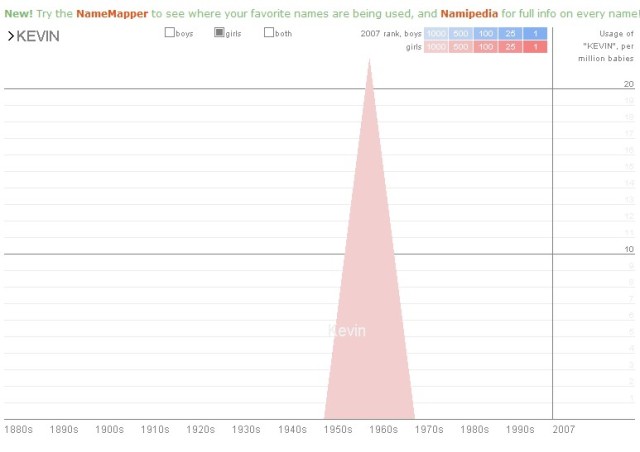