We are back from a wonderful conference with our coworkers and leaders with ReachGlobal in Europe. The conference was at a retreat center out in the country, but we had the chance to see a few things in Paris. Here are some highlights: 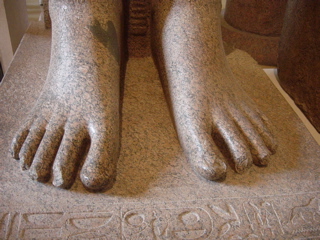 The Louvre has rocks. Here is a piece of granite from the Egyptian section of the museum.

The Musee d’Orsay has lots of paintings, including one of Louis Pasteur. 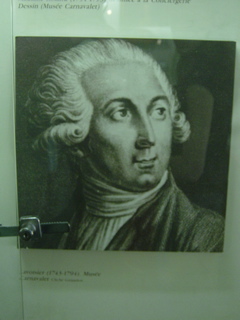 The Conciergerie was used as a prison for people awaiting execution during the French Revolution. Antoine Lavoisier was one of the fathers of modern chemistry, but he was also connected to a rather unpopular tax-collecting company, and met his end at the guillotine, so his picture is on the wall not far from Marie Antoinette’s cell.

Georges Cuvier was a zoologist and naturalist in the 1700s and 1800s. As a founder of comparative anatomy and paleontology, he is honored by having a bus stop named after him.

Near the Georges Cuvier bus stop is this staircase in the shape of the DNA double helix. It is at the Biology department of a university along the Seine.