From NASA’s Earth Observatory: Deriba Caldera, a volcano in the Darfur region of Sudan. This caldera was formed in a large eruption about 3,500 years ago. 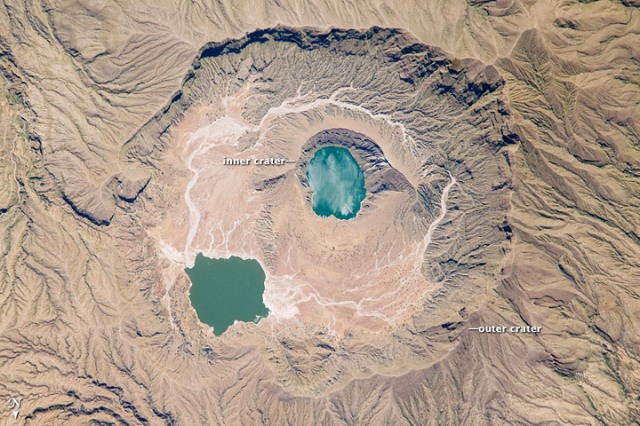 The geometry is a little more obvious in Google Earth:

Like Crater Lake in Oregon, this caldera was formed by a massive eruption, likely followed by a partial collapse of the underlying magma chamber. Deriba Caldera is in a much dryer climate than Crater Lake, but there is still sufficient precipitation to form two small lakes in the caldera, one of which is in a smaller crater that has formed inside the caldera (the lake on the left).