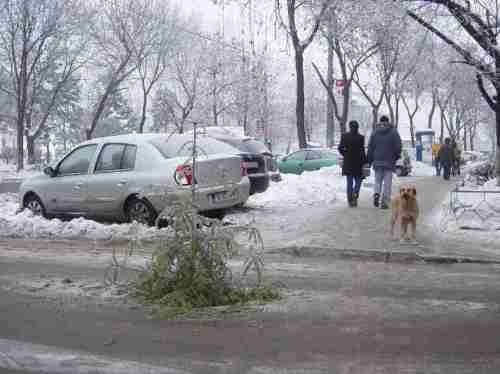 First, some enterprising person stole the manhole cover—a common problem here in Romania—and likely took it to a recycling center to sell as scrap iron. That leaves those of us who drive with a problem: a deep hole in the middle of a narrow street.

The second type of putting something to a new use is Christmas tree recycling. Romanians have a way of recycling Christmas trees that I’ve never seen in the United States, but I’ve seen fairly often here. When a manhole cover is missing, the city doesn’t do anything about it sometimes for weeks, but local residents will put a tree or a large branch in the hole to warn motorists. Right now there is an abundance of discarded Christmas trees laying around, so there is no need to break a large branch off of a tree.