Out of over 3000 images that have appeared over the past ten years on the NASA Earth Observatory site, viewers have voted and narrowed it down to their favorite 50. From now until April 27th, viewers can vote for their favorite out of these 50, and the winning image will be announced on April 29th.

Go to Earth Observatory to vote. Here they are: 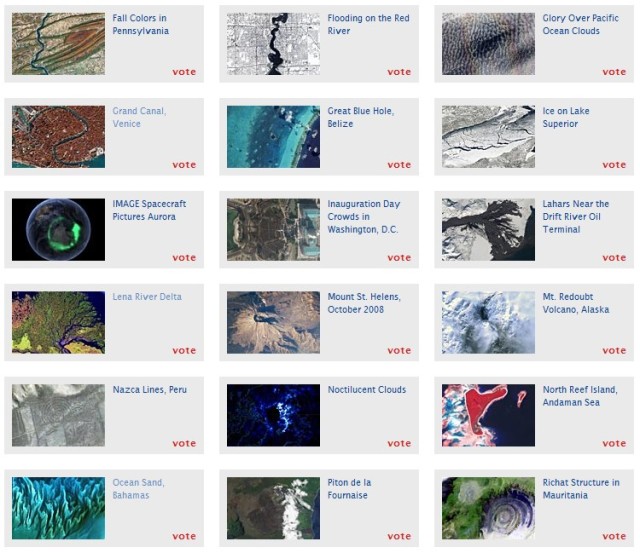 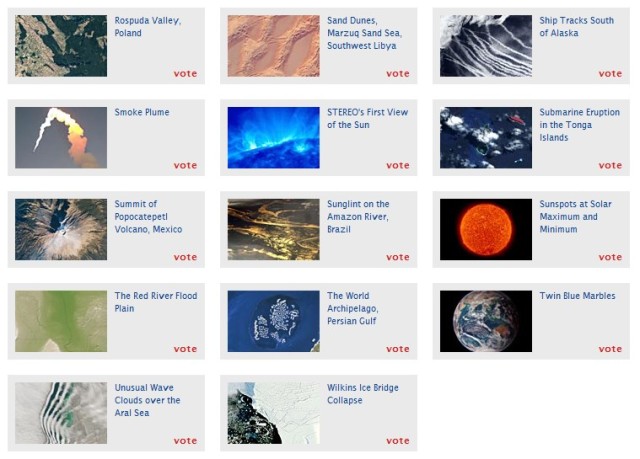 Again, go to Earth Observatory to vote. Here’s my favorite: